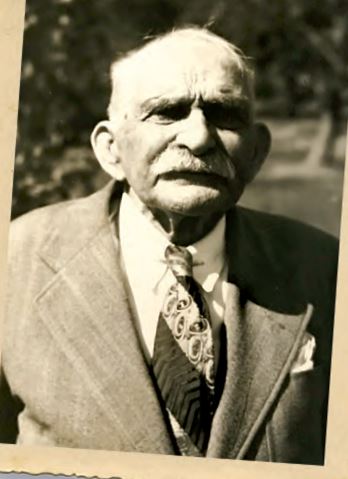 Osterville is a village rich in history. Historian
Paul Chesbro has diligently chronicled the
details of Osterville’s people and places in 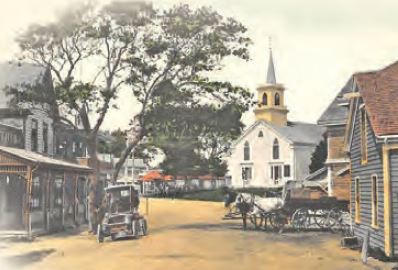 several volumes devoted to the village’s history.
While many of the denizens of early Osterville
achieved great things, the story of one seem-
ingly unexceptional gentleman is in many ways
more typical. So many hardworking humble
folks kept food on the table, served their
neighbors, and enjoyed a quiet productive life
that in one case, spanned a century. Charles “Charlie” Jones was
born in 1859 and died in 1959. Chesbro remembers Charlie. “In my younger years, I knew three men born in the 1850s and Mr. Jones was one of them. Charlie was six years old when President Lincoln was assassinated in 1865 and could remember the event.”
Charlie came to Osterville from his hometown of South Sandwich when he married Augusta “Gussie” West in 1888, an Osterville native and daughter of a schooner captain, Benajah West. The two married at Osterville’s Baptist church, and their reception was hosted by her father at the West home on Main Street in Osterville.
From details gleaned from Chesbro’s books, the couple’s life in Osterville comes into focus. Charlie worked for several grocers in the village over the years, starting with Captain H.P. Crocker’s grocery business (now Fancy’s). In 1903, he resigned and went to work for H.S. Parker & Co., located on Main Street (now Sotheby’s real estate office). In 1917, he was hired by E. F. Fuller, who had purchased the Crocker grocery business (Fancy’s) in 1903.
His modest employment enabled Gussie and Charlie to purchase a home on Bay Street in May, 1894 from John Bell. But the location on Bay Street didn’t suit the couple. In September of the same year, according to an entry in Chesbro’s book, “Mr. Owen Jones, Cotuit, moved the house bought by Charles M. Jones from John Bell to a spot
near Captain B.C. West’s last week.”
Chesbro remembers the house fondly.
“Their home was moved to 966
Main Street almost directly across
from Midway Garage. They were
a very humble couple with very
little means. Their kitchen sink
was made out of hard oak wood,
better known as a dry sink.”

he couple never had children Their time and energy went to local church and civic activities, and occasional social events with friends. Gussie sang in the choir of the Methodist Church; Charlie served on committees for the Osterville Village Improvement Society. An item from the “society news” from the local paper on February 17, 1896 describes a party held at the couple’s home: “A number of young people surprised Charles and Gussie Jones at their home on Tuesday evening 11th. Instrumental and vocal music and games in which all par-ticipated helped to make the hours pass pleasantly. Refreshments were served, after which the party broke up each feeling they had had
a good time.”

When he was a boy in the 1940s, Paul remembers, “Mr. Jones worked for Daniel Brothers (a construction company), I supposed doing odd jobs. He still had a horse and wagon, and I can recall riding with him in his wagon.” By then, Osterville folks had adopted the automobile as their mode of transportation but not Charlie. “The only other Osterville man who had a horse and wagon that I can remember was Albert Coleman,” Chesbro recalls. “He used to plow our garden by horse when I was young.”
There are no plaques or monuments commemorating Charlie Jones in the Village. But his story is woven into fabric of the community, and was a life well lived.